KPMG: 94% of Canadian CEOs are confident about growth 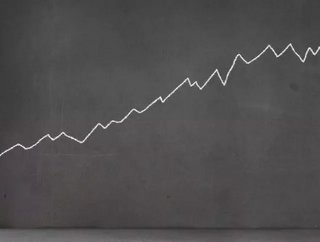 A new report from leading consultancy firm KPMG has revealed that Canadian Chief Executive Officers are on average far more optimistic about growth prospects than their global peers.

Whilst only 74% of global CEOs claimed expressed confidence in domestic growth, 94% of Canadians felt the same way. Further, 96% of CEOs at Canadian firms plan to be the disrupter compared to just 54% of their global counterparts.

“Despite much debate about the potential trade headwinds facing the country, Canadian CEOs have a positive outlook for their own businesses and our economy as a whole," says Benjie Thomas, Canadian Managing Partner, Advisory Services for KPMG in Canada.

“In fact, business leaders in Canada are feeling an unprecedented level of confidence that has them aggressively ready to take on the challenges and opportunities facing their companies.”

The findings in the KPMG 2018 Global CEO Outlook were compiled from a survey of more than 1,300 CEOs across the globe, asking questions about the biggest risks for businesses and the strategies that they are employing to overcome these.

Within the report, the widespread view of optimism in Canada is also reflected in the country’s attitudes towards technology and innovation. Whilst just 12% of global CEOs are already using artificial intelligence to automate their workloads, almost double (22%) are doing so in Canada.

Further, 58% of Canadian Chief Execs feel confident in their ability to deal with cyberattacks, more than twice the amount compared to the global average (26%).

“A focus on putting the right people and processes in place has 86 per cent believing they are now well prepared to contain the impact of a future attack – with 58 per cent saying they are very well prepared,” said Georgina Black, Partner & National Leader, Management Consulting for KPMG Canada.