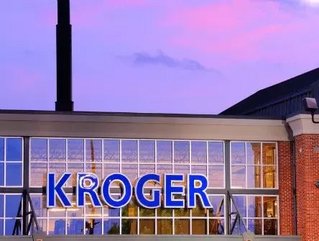 The deal will be the fourth-largest acquisition in North American for a food retailer in the past decade, and Kroger's biggest takeover since 1998, when it bought Fred Meyer for over $12 billion, according to Bloomberg.

Kroger is inheriting a cluster of semi-new stores that the Company won't have to remodel or upgrade in prime locations. Harris Teeter has 212 stores in what Kroger stated as attractive, high-growth markets in the Southeast and Mid-Atlantic and about $4.5 billion in revenue for fiscal 2012.

"This is a financially and strategically compelling transaction and a unique opportunity for our shareholders and associates," Kroger Chairman and CEO David Dillon said in a statement.

The deal puts Kroger closer to $100 billion in sales annually, an achievable goal that CEO David Dillon vowed at the Company's annual meeting in June. The Company reported $96.8 billion in revenue in the fiscal year ending February 2.

Kroger is second behind Wal-Mart in retail sales in the United States, larger than Target, Home Depot and CVS, though not as well known as some brands because the Company operates in different regions under different names.

Following in Wal-Mart’s footsteps, Kroger is more than a grocery store chain, the Company also runs supercenter-style merchandise and food stores, including the Fred Meyer chain in the Northwest. Still based in downtown Cincinnati, Kroger was founded in the 19th century and is still a big deal to locals.

Kroger forecasts the acquisition will bring a cost savings of $40 million to $50 million over the next three to four years.  Harris Teeter CEO Thomas Dickson called Kroger "one of the best food retailers in the U.S." and said the company's plans for growth will continue after the merger.

Together, the companies will operate 2,631 supermarkets and employ over 368,300 associates across 34 states and in Washington, D.C. Harris Teeter operates 212 stores in eight southeastern and mid-Atlantic states and Washington DC, along with a pair of distribution centers and a dairy facility in North Carolina.

Kroger operates 2,419 stores in 31 states. In addition to its flagship brand of supermarkets, it also owns Ralphs, Fry's, King Sooper and Food 4 Less.