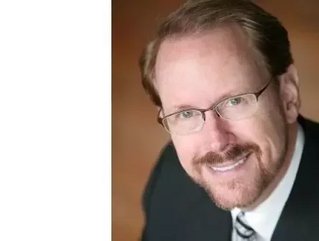 The downgrading of the United States’ credit score after the recent debt-ceiling negotiations is just the tip of the iceberg of what’s to come. In fact, there’s a predictable cascade of events that this situation cost us. The question now is, can we turn the situation around, get back on a growth track, and avoid some of the negative effects?

First, let’s get to the real issue we’re dealing with. It’s called “indecision.” Leadership in Washington on both sides failed to come to a decisive conclusion on the raising of the debt ceiling—something that, historically, was quite easy. And even though it may seem that a decision was made, in reality it was an indecision that occurred—a decision to postpone the final answer and send it to a committee made up of people who fundamentally disagree with each other.

In other words, instead of the problem being resolved, it’s still out there. That’s not leadership; it’s a huge injection of uncertainty, which results in increased risk. And that’s what Moody’s is looking at—they see that our government isn’t dealing with the real issues and lacks true leadership when we need it most.

Even though some may dismiss the downgrading and say it doesn’t matter, it really does matter. The rest of the world is watching (and in some cases laughing) and wondering why our leaders can’t unite on something as basic as a debt ceiling. And the countries who hold our debt are getting wary as they watch our risk increase.

Everything that happens next is quite expected. The government’s credit rating was downgraded, which led to Freddie Mac and Fannie Mae being downgraded too. That means the interest on the U.S. debt goes up, raising the required payments, which again increases uncertainty and risk. And since things are so interconnected financially, it’s easy to see those increased costs cascading all the way down to state governments, as well as to entrepreneurs and the U.S. people. What happens next? People worry (because of the ever-increasing uncertainty) and don’t spend, which puts us on track for anemic growth if not another recession.

Now here’s an important point to remember, and the starting point of how we fix this mess: How you see the future shapes how you act, and how you act shapes the future. So if you see the future as foreboding, uncertain, or less stable, you act differently than if you see it as exciting and full of opportunity. As such, the actions the government has taken are shaping our futureview…and not for the better. In fact, the futureview of many right now is in line with seeing a negative future. And unfortunately, you get what you see.

So, how do we really turn things around? First, we have to reduce the high level of uncertainty. Leaders on both sides of the aisle need to start acting like leaders, not like dictators. Both sides have to come to some agreement and have to make some real decisions so that the rest of the world can regain confidence in the U.S.

We need to unite and start working together in order to make the tough decisions that need to be made, pass laws with clarity, and increase the certainty. In other words, it’s time to stop thinking in terms of “Republican” or “Democrat” and start thinking in terms of “American.” Only then can we get our AAA rating back, get back on a growth path, and change what has been set in motion.

But this will not happen without compromise from both the right and left, because as we know, progress in a democracy is based on compromise. So instead of starting the discussion by focusing on what everyone disagrees on, it’s time to unite and start the conversation by focusing on what everyone can agree on. In fact, the best leaders know that to gain consensus, you first create a list of what joins people together.

With that in mind, here’s one thing everyone should be able to agree upon: Right now there is a mountain of opportunity, but it’s shrouded in a fog of bad news. The opportunity lies within the technology-driven transformation that’s revolutionizing how we sell, market, communicate, collaborate, innovate, train, and educate.

Transformation like what we’re experiencing now creates amazing new opportunities. But if we’re all hunkered down because of the uncertainty and risk we feel, we will not recognize the opportunities, much less take advantage of them.

So can we overcome the current situation and get on a growth track? The answer is yes. But to do so, we must realize one key thing: Now is not the time to hunker down and become fearful. Instead of focusing on all the things we don’t know—and admittedly, there’s a lot we don’t know—we have to focus on what we do know and what we are certain about. When you do, you’ll start to see the vast opportunities waiting for you.

Daniel Burrus is considered one of the world’s leading technology forecasters and business strategists, and is the founder and CEO of Burrus Research, a research and consulting firm that monitors global advancements in technology driven trends to help clients better understand how technological, social and business forces are converging to create enormous, untapped opportunities. He is the author of six books, including The New York Times and The Wall Street Journal best seller Flash Foresight: How To See the Invisible and Do the Impossible as well as the highly acclaimed Technotrends. For more information, please visit: www.burrus.com.