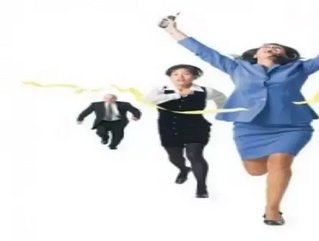 While America may be geographically below us, they are ahead of us in their rate of job growth, as a new Stats Canada’s Labour Force Survey released today showed a greater surge of employment in the United States than in Canada. It is not that Canada’s unemployment rate has been fluctuating at wonky speeds, in fact national statistic show a relative steady maintenance of employment over recent years, but rather that the United States is making up for their immensely significant losses.

In fact Canada has seen very conservative variants in the field of unemployment. Last month the national average climbed a mere 0.1 per cent to 7.6 per cent, and since 2011 the national unemployment rate has continuously hovered in the 7.5 per cent to 8.0 per cent range. Yet there seems to be a national feeling of letdown due to the inflated projections of economists who drastically overestimated business hiring tendencies—for instance, they predicted 24,500 jobs would be added last month alone, when a measly 2,300 jobs made their way to the market. (Quick Jab--A 20, 000 person discrepancy in estimation? Perhaps the employment problem is that no Canadian majored in accurate fiscal projections-- End smug aside.)

However, it must be noted that the rate of American job growth is dependent on the depth of their recession. Ultimately, the U.S.’s economy was devastated much more acutely  than Canada’s, and now they have plenty of fiscal space to reclaim in comparison.

So yeah, whatever America, so you happen to be currently outpacing Canada in your job growth, but who ultimately has a higher percentage of citizens employed? Canada, with a 7.6 per cent unemployment rate verses the 8.3 per cent U.S. jobless rate, is currently leading the pack in the business of keeping citizens in their jobs.