LendingTree highlights COVID-19’s effect in the US 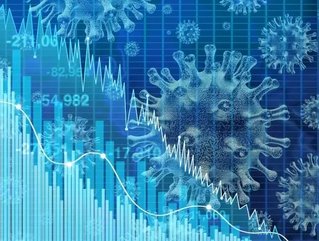 Amongst the research’s primary findings were that states in the west and northeast were particularly susceptible as they “tend to be more social than the rest of the country and might be having a difficult time”.

Key findings of the study

Rhode Island was found to be the most social state in the US: residents spend an average of 205 minutes per day socialising, with care for family members not living in the same house also particularly prevalent.

Idaho came a close second with 159 minutes and New Hampshire was ranked third with 68 minutes per day.

On the opposite end of the spectrum, Washington D.C. was found to be the least sociable: residents have only 88 minutes of non-work time available for recreational activities, but few use it sufficiently for socialising. Alaska and New Mexico are not far below this figure.

The effect on the market

A negative social impact usually coincides with a drop in economic growth and the coronavirus pandemic has certainly had this effect.

In a recent article, Business Chief looked at Ford Motor’s decision not to reopen manufacturing facilities at the end of March, as previously hoped.

“We are assessing various options and working with union leaders – including the United Auto Workers and Unifor – on the optimal timing for resuming vehicle production, keeping the well-being of our workforce top of mind,” said Kumar Galhotra, President of Ford NA.

Yet the company, along with 3M and GE Healthcare, is not standing idly by as America is in crisis. On the contrary, the trio has decided to pool their resources to ensure that precious medical supplies and equipment doesn’t go into short supply.

“This is such a critical time for America and the world,” stated Bill Ford, Executive Chairman of Ford.

“It is a time for action and cooperation. By coming together across multiple industries, we can make a real difference for people in need and for those on the front lines of this crisis.

“At Ford, we feel a deep obligation to step up and contribute in times of need, just as we always have through the 117-year history of our company.”