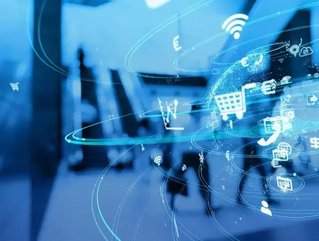 As part of its expansion plans, Lightspeed has been revealed it will be opening a new office in Toronto on 28 January 2020.

The Montreal-based point-of-sales (POS) and e-commerce software provider founded in 2005 has so far positioned 20 staff in the city and posted one new job advertisement.

The announcement comes swiftly after a previous bulletin in early January stating that Lightspeed had acquired German POS company Gastrofix. The transaction, costing CA$131mn, represents the largest investment by the company to date.

With the Canadian company’s reach now expanding into Europe, CFO of Lightspeed Brandon Nussey was confident that securing the German market would increase the brand’s international reputation, “To call yourself a leader in Europe, you should make sure you have the largest economy in Europe under your belt.”

Acquiring 8,000 of Gastrofix’s clients, such as the Seven Seas in Hamburg and the luxury grade Steigenberger Hotels, Lightspeed will have the opportunity to bring its cloud-based solutions to a diverse and prestigious range of locations.

The deal will bring Lightspeed’s total number of client locations to 65,000 and potentially open the door to the Austrian and Norwegian markets. “The addition of Gastrofix to our team further solidifies Lightspeed as a leader in Cloud-based POS technology and establishes our immense footprint powering SMBs across the globe,” commented CEO Dax Dasilva.

Although the Gastrofix acquisition is its largest deal so far, Lightspeed has inked several other recent agreements to strengthen its presence globally, with a particular focus on SMEs in the hospitality sector and premium hotels.

Completing its takeover of Swiss software company iKentoo in 2019, Lightspeed gained 4,000 client locations, developed its technological capacity and gained a foothold in the Swiss, French and South African markets.

Despite enjoying a rapid and very successful growth campaign, the company doesn’t appear to be slowing down or tempering its ambitions. “We always have a pretty robust pipeline of opportunities we’re looking at,” said Dasilva. With over 700 employees and customers in 100 countries, Lightspeed’s development is living up to the company’s name.