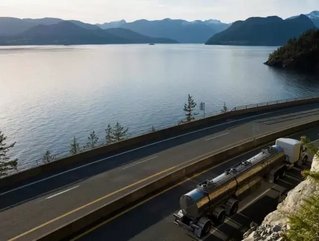 LNG Canada has announced that is has reached an agreement with a host of partners to invest in the LNG Canada export facility in Kitimat, British Columbia

Development and construction of the facility is projected to cost US$31bn, with the project to offer the fastest means to export natural gas to Asia.

“This decision showcases how industrial development can co-exist with environmental stewardship and Indigenous interests.”

Each partner in the joint venture will supply its own natural gas and “will individually offtake and market its share of LNG”.

The first of two processing units, “trains”, is due by the middle of the next decade.

LNG Canada’s statement noted that the facility has been specifically designed to deliver the lowest carbon intensity of any plant of its kind in the world.

It adds that LNG demand is expected to double by 2035 “as a result of global commitments to reduce greenhouse gas emissions and improve air quality.”

Canadian Prime Minister Justin Trudeau said the project marks the single largest private sector investment in the country’s history, and lauded the agreement as recognition of Canada’s desire to develop energy networks that mitigate harm to the environment.