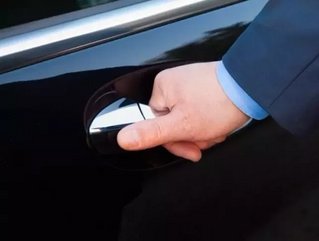 Lyft and Uber dominate the Internet ride-sharing sector, however it looks as though they are not happy about sharing the burgeoning industry.

According to Lyft, speaking to CNN Money, Uber employees have deliberately scheduled and then cancelled more than 5,000 ride requests since October 2013. What’s more, a Lyft spokesperson also told CNN Money that Uber employees have been scheduling rides in hope of poaching their drivers.

“It's unfortunate for affected community members that they have used these tactics, as it wastes a driver's time and impacts the next passenger waiting for that driver," said Erin Simpson, director of communications at Lyft, in a statement. "We remain focused on growing the business faster than any competitor through better customer experience and innovation.”

While Uber denies claims of disrupting Lyft’s service, it does admit to offering recruitment incentives to attract customers of competitors.

The two companies are direct rivals. Both headquarters in San Francisco, they have been known to undercut each other’s prices, poach drivers and mirror each other’s innovations. As Dow Jones reported, they are “increasingly blurring the lines between the two services.”

Uber has a noteworthy advantage in the fierce competition between the companies. Not only is it in many more markets than Lyft, but it also has received $1.5 billion in funding to date, versus $332.5 million for Lyft.

Investors are betting that the companies could, in addition to undercutting the existing taxi and limousine markets, grab significant business as a logistics provider that can deliver packages.

Both Uber and Lyft have encountered significant resistance from existing transportation services, as well as from state and local government regulators who say that the companies often operate in a gray zone.