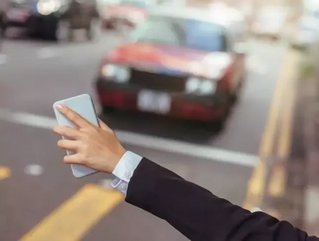 The second-largest ride-sharing company in the US, Lyft, has officially filed paperwork for an Initial Public Offering (IPO) this week, beating rival firm Uber Technologies, which will give the smaller firm “a key advantage”, Business Insider reports.

Santosh Rao, head of research at Manhattan Venture Partners, told Business Insider that Lyft "will definitely get the benefit of the doubt.” He also admitted that “no one knows how to value these companies. Is it a software company? Is it a car company? Is it a service?"

Lyft’s was last valued at US$15bn in a private fundraising round, Reuters reports. Although it “did not specify the number of shares it was selling or the price range in a confidential filing with the US Securities and Exchange Commission”.

According to Reuters, Lyft could use its IPO to go public as early as Q1 2019. Considering the San Francisco-based startup only began arranging banks for its transition to public as late as October, Business Insider reports, the entire process could be engineered in as little as four months, depending on how fast the US Securities and Exchange Commission processes the request.

Although “both Uber and Lyft are deeply unprofitable, with quarterly losses for both companies in the hundreds of millions”, this is not uncommon for publically traded companies. With Uber also planning an IPO (with a target valuation of $120bn), the two dominant companies in the US ride sharing market could enter “a race for profitability”.

Despite this, Lyft continues to expand. Business Insider reports that “not content with its roughly 35% market share in the US, Lyft has also been branching beyond traditional ride hailing as it seeks further growth. Last week, its acquisition of Motivate, the country's largest bike-share operator, officially closed. The purchase adds bikes and scooters in most major cities to its arsenal, now known as Lyft Bikes.”

“Lyft’s valuation is likely to end up between $20 billion and $30 billion”, a Reuters source estimated, and “would follow a string of high-profile IPOs of technology companies valued at more than $1bn this year, such as Dropbox Inc and Spotify Technology SA.”