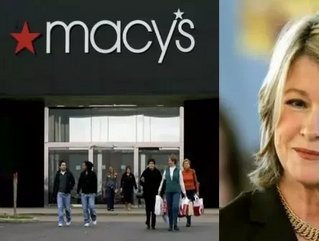 Macy’s has filed a lawsuit in the New York state Supreme Court against Martha Stewart Living Omnimedia Inc. and accused the company of breach of contract for agreeing to sell products to rival J.C. Penney Company Inc.

It was a smart move for Martha Stewart—analysts have estimated that Martha Stewart could make up to $200 million off the J.C. Penney deal in 10 years—but it didn’t sit well with Macy’s. Martha’s line of bedding, dinnerware and furniture is Macy’s top-selling home brand.

“The right for Macy’s to sell product exclusively in these categories was clearly outlined,” Macy’s said.

While Macy’s isn’t pleased with the brand’s new deal, it did say that it renewed its contract with Martha Stewart Living and will continue to carry the brand for another five years.

A spokeswoman for Martha Stewart told the Wall Street Journal that Macy’s contract extension “is a testament to the strength of the Martha Stewart brand among consumers as being synonymous with quality, beauty, great design and affordability.”

Martha Stewart Living, Macy’s and J.C. Penney have yet to comment directly on the lawsuit.