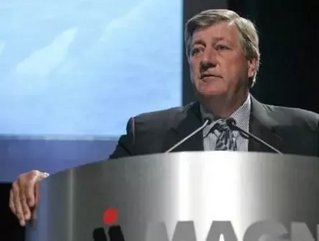 Magna has announced the company’s new Chairman of the Board who is set to replace Chairman Frank Stronach. Former Ontario premier Mike Harris has been named as Stronach’s successor.

Stepping down after the company’s annual shareholder meeting last week, Stronach will continue with Magna as honorary Chairman, founder and shareholder.

Stronach founded the Aurora, Ontario based company in 1957, and has been on the board since 1968 with a promotion to chairman in 1971. Last August Stronach gave up control of the company in exchange for $1 billion in cash, newly issued stock and other benefits.

Harris has big shoes to fill as Magna International was originally started in Stronach’s Toronto garage as a small tool and die shop which expanded into one of the world’s largest auto parts supplier.

Magna nominated Harris as a good replacement based on his previous experience with the company. Harris was Magna’s part-time lead director last year and negotiated the buyout of Stronach’s controlling stake in the company.

Harris will be leading Magna through the following months toward the company’s goal, announced in the company’s first quarter results, of producing 13.2 million vehicles in North America and 13.6 million in Western Europe. This production goal paired with Magna’s assembly sales goal will lead to an estimated $27.1-28.5 billion in total sales for the year.