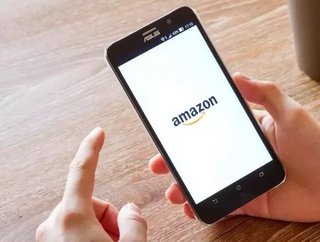 Many business leaders tend to follow in the footsteps of others, often playing it safe and not taking too many risks. But the very best leaders are innovators, breaking the mold and introducing new concepts and ways of working to their industry. So, who are today’s management mavericks?

Experts at STL Microsoft Training take a look at some of the world’s greatest living business leaders including Richard Branson, Larry Page, and Jeff Bezos and reveal what makes them leaders who broke the mold?

The research reveals the number of businesses and investments each leader is involved in, their net worth, social media following and unique approach to see who really is the world’s top boss.

Why Jeff Bezos is the greatest living business leader?

Jeff Bezos, Founder of Amazon, is the most successful with regards to finances, with a net worth of £88bn. Despite his fortune being largely tied to his 78.9mn shares of Amazon, the net worth of Jeff Bezos continues to be on the rise due to having fingers in many other pies. According to Visual Capitalist, Jeff Bezoz has investments in 65 businesses worldwide.

However, when comparing this to Richard Branson, founder of the Virgin Group, he manages more than 400 businesses creating a net worth of £3.6bn. However, according to companies house just 6 of these are live.

Whilst they are all successful, the businessmen with the highest net worth seem to be investing in multiple side line projects to boost their income.

However, if we were to rank them based on social media following it would seem the more successful you are the less followers you have. This can be seen as Jeff Bezos, the wealthiest individual we are discussing, has less than 650,000 followers compared to one of the lowest earners such as Richard Branson who has 12mn.

Tim Cook, CEO of Apple, has just the one business, creating a net worth of £564mn – the lowest of them all. However, he has 100mn followers on social media making him the most popular boss worldwide.

But what are the management secrets that make these leaders such an astonishing success?

Unique approach: The ‘empty chair’.
Bezos always leaves one seat open at conference tables during meetings, telling all attendees that they should consider that seat occupied by their customers – the most important person in the room.

Unique approach: Concision.
Page is working to cultivate a faster, more nimble management approach at Google, and to this end he asks staff to give him 60-word updates or pitches on their current project, forcing them to grab his attention and convey important information in a quick and concise manner.

Unique approach: Democratic leadership.
Whereas Steve Jobs got involved at every level of Apple’s design and marketing, Tim Cook delegates to more experienced team members and fosters a culture of consensus building and consented decision making.

Unique approach: Reading and thinking.
Buffet does not believe in making impulse decisions or using trickery in his industry, instead insisting on time every day to just sit and think, or to read. This creates a sound intellectual framework for decision making and keeps emotions from corroding that framework.

Unique approach: Having fun.
Branson puts an emphasis on ‘personality before CV’ when hiring, and fosters a culture of fun and sharing. Across all of Virgin’s companies is a uniting ethos focused on a dedication to fun. “If you’re not having fun, then it’s probably time to call it quits.”

According to HBR, citing research from XBInsight, innovation is a crucial aspect of successful leadership. The four key skills that set innovative leaders apart from non-innovative ones are:

John Pring, Spokesperson at STL Microsoft Training said: “Becoming a powerful leader of innovative organizations rests in many critical ways on a foundation of ways of being, ways of thinking and ways of conducting yourself.  The best leaders set the trends rather than follow them.

“All of these leaders have one thing in common, they have multiple side investments and are constantly innovating their current business to remain competitive in the market.”