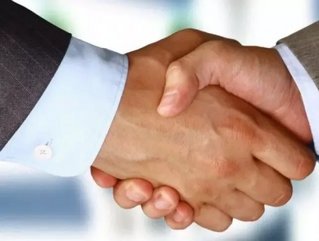 Manulife president and CEO, Donald Guloien, held a conference Wednesday to discuss the merger, stating that after the first year, the merger will add three cents per share of earnings over the next three years.

“(The transaction) will enhance our ability to increase dividends in the future,” Guloien stated.

Job losses were also discussed during the conference. Guloien stated he is expecting minimal downsizing from the merger of the two insurance companies however, job losses will be “limited.” Currently, Standard Life currently holds a staff of 2,000 employees throughout Canada and holds $52 billion in assets under management as of June 30.

“We believe [that] in the full integration, within the next 18-24 months, the great majority of jobs in Quebec will be maintained.

This is not the first of the collaboration between Manulife and Standard Life. The two insurance companies have collaborated previously in distributing investment products globally through relationships with Standard Life Investments and John Hancock.

Manulife said expressed interest in acquiring Standard Life’s Quebec assets when it was first up for sale earlier this year.

“One of the key reasons we were interested in this company is its people in Quebec. We want to increase our presence in the province and use the very talented employee base to grow and expand our business in Quebec, throughout Canada and indeed the world,” Guloien stated during the conference.

Manulife is purchasing the deal in cash with assistance from $1.6 billion through a public bought deal agreement, $2.1 billion raised through a private placement, and internal resources. Caisse de depot et placement du Quebec announced a $500-million equity investment to contribute to Manulife’s acquisition.

Barclay’s analyst John Aiken described the deal as being “likely as clean an acquisition as Manulife could do, with little disruption to its capital or leverage rations” adding,“We do not believe that this transaction necessarily precludes Manulife from pursuing other opportunities.”

The deal will be finalized and closed in the first quarter of next year and take up to 18 to 24 months to consolidate new operations.