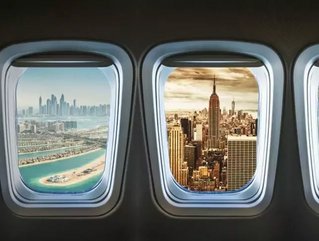 Expedia has announced that its Chief Financial Officer, Mark Okerstrom, will be promoted to CEO following the departure of Dara Khosrowshahi, who was recently named as the new CEO of Uber.

“We all wish Dara Khosrowshahi the best good fortune as Uber's CEO. I think we are both proud that he leaves behind such a talented organization,” said Expedia Chairman Barry Diller.

“There was no other candidate that the Board considered. Under Mark's leadership, surrounded by his excellent and tenured executive team, I'm confident we'll continue to grow and prosper."

Okerstrom has come through the ranks of the company, working as Expedia’s Executive Vice President of Operations and Chief Financial Officer since 2011, previously working in a multitude of roles since joining in 2006.

“Mark has been by my side through every major milestone in this Company for much of the last 11 years and I'm passing these reins into the best hands,” said Khosrowshahi, who will remain as a member of Expedia’s Board of Directors, despite his new appointment with Uber.

“He is a tireless, strategic, and steadfast leader who has pushed me to be my best self while having Expedia, Inc.'s best interests front and center at every step. I am incredibly excited to watch Expedia continue to flourish with his leadership.”

The appointment of Okerstrom, who holds an MBA from Harvard Business School and a law degree from the University of British Columbia, appears to be justified one, with share prices rising shortly after the announcement.