Marty Chavez steps down as CFO of Goldman Sachs 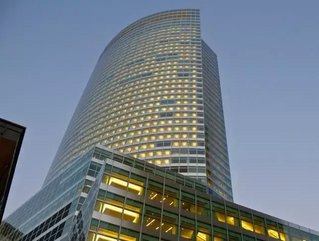 Marty Chavez, CFO of Goldman Sachs since May 2017, is stepping down to become one of three heads of the firm’s securities division
Chavez has also been named as vice chairman, while his co-heads of the securities division will be Jim Esposito and Ashok Varadhan.
Incoming CEO, David Solomon, has named Stephen Scherr as Chavez’s replacement, as well as naming John Waldron as chief operating officer and president.
“John and Stephen will work closely with me to develop and execute our strategy, grow our client franchise, ensure strong risk and capital management and safeguard our unique culture,” Solomon said.
“I have worked with John and Stephen for nearly two decades and am confident that they bring the right complement of skills to help lead the firm through their respective roles”.
See more:
Chavez’s tenure as CFO was met with criticism, according to Business Insider, as “analysts and employees felt he often seemed out of his element”.
“Marty is not a person who came up through the finance organization. Therefore, it didn’t seem like it was his forte and with this it looks like he’s going back to something that looks like much more of a natural fit,” said Guy Moszkowski of Automous Research, quoted by Business Insider.
Business Insider added that Goldman Sachs’ stock is currently on its worst “losing streak” since its 1999 IPO.
While Chavez has been described as a “technologist at heart”, CNBC noted that Solomon, Waldron, and Scherr each have a wealth of experience as investment bankers.
BankingGoldman SachsCFOmarty chavez
Share
Share