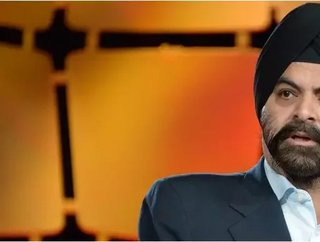 While he may not be the most well-known CEO worldwide – that title goes to Mark Zuckerberg at Facebook – Ajay Banga, CEO of Mastercard for more than a decade before becoming executive chairman of the board of directors last year, is certainly one of the most admired and respected.

And his crowning as 2021’s number one brand guardian by Brand Finance as part of the annual Global 500 report is in recognition of his quiet but impactful achievements throughout his decade-long role as CEO and president of the global financial services giant.

Since taking the helm of Mastercard in 2009, US-based Banga has embraced technological innovation, ensuring the brand remained relevant despite a period of rapid change in financial services. Furthermore, he has championed the idea of financial inclusion, and has leveraged his influence to build strategic partnerships with financial institutions worldwide to help fight poverty.

Having previously served as a member of President Obama’s Commission on Enhancing National Cybersecurity, Banga is co-founder of The Cyber Readiness Institute and serves as a director of Dow Inc. He has secured a number of awards, namely the Ellis Island Medal of Honor 2019 and the Business Council for International Understanding’s Global Leadership Award.

Both companies have witnessed significant growth and penetration. While US graphics and chip-maker Nvidia has seen rapid brand value growth, Netflix surpassed 200 million subscribers for the first in January this year and continues to invest billions of dollars in original content development. And while Huang is renowned for his philanthropic gestures, Hastings is known for his ‘no rules’ rules workplace policy leading to an open and non-hierarchical structure.

According to David Haigh, CEO of Brand Finance, the challenges posed by the COVID-19 pandemic have “required resolve and vision to safeguard - and in some cases, grow” company brands and some leaders, like Banga, have risen to the occasion.

Other leaders recognised in the top 10 for their brand guardianship included Alibaba.com’s Yong Zhang, the highest-ranking brand guardian of a non-US company, as well as Salesforce’s Mark Benioff, Honda’s Takahiro Hachigo and TCS’ Rajesh Gopinathan.

Out of the 100 brand guardians recognised in Brand Finance’s annual report, 48 were CEOs of US companies, 25 from East Asia and 17 from Europe.

Only eight of the top 100 brand guardians are female, the result of female leadership in major corporations across the globe, although this is up from only four last year, with Susan Patricia Griffith of US insurance company Progressive taking the highest-ranking female brand guardian position at 28th.

According to Annie Brown, Associate at Brand Finance, the 8% representation of women in the Brand Guardianship Index 100 reflects the total sample which also was 8% female. “Women are equally capable of being exceptional leaders and it is about time that boardrooms reflect that,” states Brown.

When it comes to industry-specific brand guardians, the highest-ranking CEO in the banking sector is Citigroup's Mike Corbat, while in oil & gas, the credit goes to H.E. Dr Sultan Al Jaber of ADNOC, whose transformation under the astute leadership of Al Jaber since 2016 has taken the brand from strength to strength, attracting some of the world’s leading institutional investors as partners and raising more than US$64 billion since the start of its transformation.