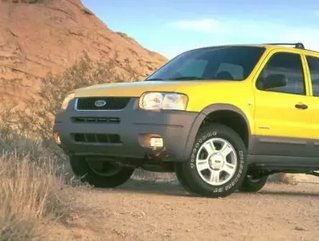 The National Highway Traffic Safety Administration (NHTSA) has begun a preliminary investigation of nearly 100 reports that the throttles on older-model Ford Escape and Mazda Tribute SUVs can stick, causing the vehicles to crash.

Documents filed with NHTSA’s Office of Defects Investigation indicate that the issue has caused 13 crashes, leading to one death and nine injuries.

Approximately 730,000 vehicles will be evaluated to determine whether the throttles remain open after a driver releases the accelerator pedal. The probe will affect Escapes and Tributes from the 2001 through 2004 model years and could lead to a recall.

According to the NHTSA’s filing:

In October 2005, Ford sent dealers new repair instructions, which included illustrations and a warning about preventing damage to the speed control cable while the throttle cable was replaced. Mazda did not issue a recall update.

NHTSA says that its probe aims to “asses the scope, frequency and safety-related consequences of the alleged defect.”

Ford has not commented on specifics, but said it is aware of the NHTSA’s investigation.

“We will fully cooperate, as we always do, with NHTSA,” said Ford spokeswoman Marcey Zwiebel.