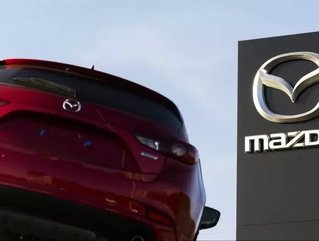 Japan’s fifth largest automaker Mazda has announced the appointment of Akira Marumoto as its new CEO, replacing Masamichi Kogai who will step down from the role next month after a five-year tenure to become Chairman of the Board at Mazda.

Marumoto currently stands as the Vice President of Mazda and leads the firm’s US operations, with his appointment as CEO coming at a time where the firm is looking to expand its presence more readily in North America.

Earlier this year, Mazda announced that it would be entering into a joint venture with Toyota Motor Corp. to invest in a new $1.6bn Alabama plant in order to boost its faltering regional sales.

Last year, China overtook the US as Mazda’s leading market last year, something that Marumoto will be tasked with investigating.

Mazda’s joint venture with Toyota is part of a wider strategic plan from both parties where they are working more closely together in the aim of accessing new markets, with the companies also working on the development of electric vehicles.

As one of Japan’s leading automotive exporters, accessing the connected, electric and autonomous vehicles markets emerging more readily in the US and China will become crucial to the manufacturers future, with the leadership reshuffle coming as part of this changing shift within the company and industry as a whole.