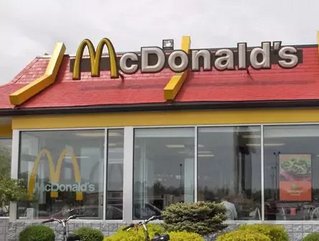 Real fishermen have a saying: “a bad day of fishing is better than a good day at the office,” but perhaps not at McDonald’'s. Not this month, anyway.
It turns out that Fish McBites – offered in three sizes and a Happy Meal – didn’'t lure enough customers into the chain to help their U.S. sales last month.
The paltry catch cast a pall over the brand’'s headquarters because the company hadn'’t netted a monthly decline in global sales for nearly 10 years, until last October. And this January. And again in February. So whatever strategic bait they think they’'re using, it isn'’t working as well as the corporation hoped. Profits have floundered, a situation that must have more than one shareholder carping at McDonald's CEO, Don Thompson.
It’'s no fluke that McDonald'’s did well during the recession, luring customers with their Dollar Menu. But you can'’t count on consumers counting-pennies to guarantee profits in perpetuity. First, from an accounting POV, you keep fishing in that pool and you end up hurting your profit margins. Second, and far more important, according to our pool of 39,000 consumers who participated in the 2013 Brand Keys Customer Loyalty Engagement Index, consumers are looking for something more from their brands than just inexpensive food. No, not tartar sauce –emotional engagement.
McD’onald's Lacks Engagement – Soul Beats Sole
McDonald’'s has apparently reached their limit there. They had been the perennial whale in Quick-Serve, but alas, have failed to find that emotional engagement hook that has served competitors like Burger King and Subway, and newer competitors like Panera, Chic-fil-A, Chipotle, and Einstein Bros, so well.
If our newest survey has taught us anything, it’s that soul works a lot better than sole, no matter how fresh. And the category, via changing customer expectations and a re-cast competitive set, is different now than it was even five years ago, so the oppor-tuna-ties are different.
From a promotion and advertising perspective, all the brands are, as the saying goes, “fishing where the fish are.” There are so many platforms and methods of outreach it can turn a planner walleyed. But to net as many as possible, you can’t be koi about it. You have to have measures in place that are something more than satisfaction surveys. So mullet over – then switch over to 21st century engagement metrics.
Especially if you'’re angling for real success.
McDonald'sDon ThompsonFish McBitesMcDonald's profits
Share
Share