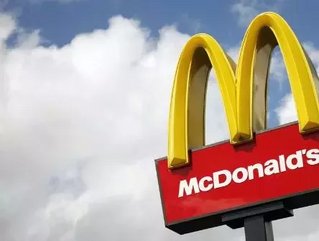 After the failure of the veggie burger experiment from 2002-2004, the fast-food giant is not reintroducing that particular menu item. Instead, the new menu items are going the route of a meatless McWrap that aims at the 71 percent of Canadians who seek meat free options “at least sometimes.”

"People always ask for the veggie burger. So this we're going to surprise them with," says John Betts, CEO of McDonald's Canada. "It's a much more contemporary product, and I think it tastes a lot better."

Many wonder why it’s taken McDonalds the better part of a decade to get back in the meatless game. The growing trend has almost all but eliminated McDonalds from its competition in the veggie community. The brand strategy taken in recent years which has included expanded kitchens, a menu overhaul, and the remodel of restaurants, reduced the opportunity to take risks like including a vegetarian option.

"When you're revamping your business, you're going to focus on the things that will have the broadest reach," Betts says, pointing to McCafe coffee as an example. "The reality is that veggie ... still doesn't have the drawing power of some of the other options out there."

The director of menu management for McDonald’s Canada, Anne Parks says the McWrap menu items have been tested with a focus group and adjusted to Canadians tastes. The addition of whole wheat tortillas is unique to Canada as well as the edition of tortilla chips to the Santa Fe wrap.