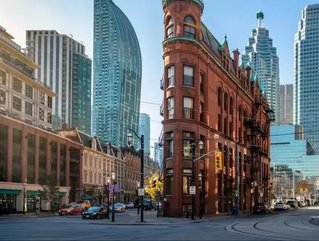 Moving from a suburban locale to a state-of-the-art building in downtown Toronto, Microsoft has set a move-in date of September 2020
In a press release, the software behemoth said the new facility “will enable the company to better serve its customers, collaborate with its technology partners and to attract top talent to a central location”.
Canadian Prime Minister Justin Trudeau, said of the plans:
“Microsoft’s latest investment in Canada – totalling $570 million – will create hundreds of new jobs and benefit several cities, from Vancouver to Toronto to Montreal”.
“I know our highly-skilled, diverse workforce will continue to attract tech investment in record numbers”.
Microsoft has had a Canadian headquarters since 1985 and recently opened data centres in Quebec and Toronto, as well as a Vancouver-based innovation hub, and an artificial intelligence lab in Montreal.
See more:
The company’s statement went on to say it intends to create 500 new full-time roles alongside 500 co-ops and internships by 2022.
In addition, Microsoft will invest $10mn over five years in the Cascadia innovation corridor between Washington and British Columbia, as well as investing $570mn over the next three years in its existing fixed assets in Canada.
The latter investment will include “relocation and expansion of its research and development lab in Montreal, relocation of its Vancouver sales office, renovation and redesign of its Ottawa, Calgary and Montreal sales offices, and relocation of its Canadian Headquarters”.
John Tory, Toronto’s Mayor, said that the announcement is indicative of Toronto’s strength as a global technology centre, and that “Microsoft is embracing one of the hottest new areas of downtown and Toronto welcomes them with open arms”.
CanadaMicrosoftTorontoinvestment
Share
Share