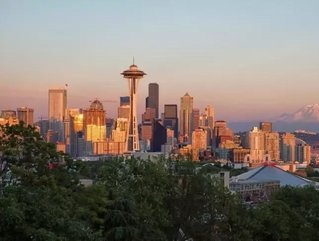 Microsoft has pledged US$500mn to address the housing crisis in Seattle. The pledge, announced today by company president Brad Smith, is a response to the widening affordability gap in Seattle region, which is at least partially attributed to the economic boom responsible for the increase in house prices in and around the city, according to a report by CNBC.

The $500mn is the largest amount pledged in the company’s history and, Smith claims, will result in the creation of "tens of thousands of units." The funds will be split three ways, according to CNBC.

$225mn will be loaned at below-market interest rates to finance developers in the ‘workforce housing’ Eastside of the city, where developers and contractors have been facing prohibitive land and construction costs. Households making between $62,000 and $124,000 per year are expected to benefit.

The bulk of the pledge, $250mn, will go towards market-rate loans for the construction of affordable housing to be made available to households making up to 60% of the local median income (approximately $48,150 for a two-person household) across the Puget Sound region.

The remaining $25mn will be donated to services and initiatives benefiting the region’s low-income and homeless residents.

"At some level we as a region are going to need to either say there are certain areas where we're comfortable having more people live, or we just want permanently to force the people who are going to teach our kids in schools, and put out the fires in our houses and keep us alive in the hospital, to spend four hours every day getting to and from work," said Smith. "That is not, in our view, the best outcome for the community."