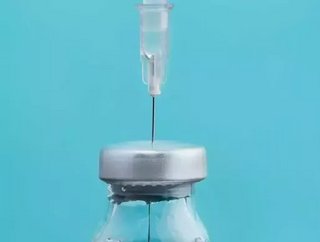 US-based biotechnology company Moderna has stated that it is in discussions with a number of countries over supply deals for its COVID-19 vaccine...

Moderna, which has already received approximately $400mn in funds for creating potential vaccine supply, is looking to secure deals for its experimental treatment that would be used around the world. The vaccine is one of few around the globe that is currently in the final phases of testing, as drugmakers such as Moderna continue to race against both time, and each other, to secure a safe and effective way to battle the pandemic that has already impacted so much of the world.

Not only would securing the first effective vaccine be a huge benefit to preventing the continued widescale loss of human life, but it would also be worth significant amounts to the organisations in the race.

Late-stage trials began last week for Moderna’s vaccination, with 30,000 people being selected to demonstrate that its treatment is safe, effective and a viable option in the battle against the coronavirus. The late-stage trials are the final hurdle that stand between Moderna and achieving regulatory approval. If approval is received for the drug, Moderna’s vaccine could be ready for widespread use across markets by the end of 2020, ahead of a number of forecasts from experts.

The pricing of Moderna’s vaccine will be created with widespread availability and accessibility in mind. Trials in the late-stage phase are not set to take place outside of the United States, with enrollments in the study set to be complete in September this year. "As we pivot to a commercial stage company, we recognize the need for responsible pricing in the face of the pandemic," Chief Executive Officer Stéphane Bancel said in a statement.

Moderna currently has no drugs on the market, but has received almost $1bn from the government of the United States to aid and accelerate the development of its potential vaccination.

Stocks in Moderna have risen fourfold this year, contributing an additional $20bn to the company in market value. Investors are hedging their bets in the company, predicting that the rollout of a successful vaccination could generate unprecedented profits for the biotechnology leaders.

Moderna has suggested that it will be capable of producing up to 1bn doses of its vaccine every year, in partnership with Lonza Group. This would fill a gap in the market for up to 500mn people, with findings from the trials in phase 3 suggesting that two doses of the drug could be required per person.

Experts have predicted that the average price of the COVID-19 vaccine will stand at roughly $20 per dose, with the scale of the pandemic, government involvement, and lower pricing in emerging markets considered.