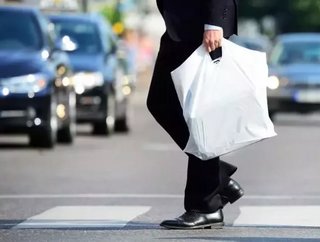 The city of Montreal is making serious changes for its retail industry. This week Montreal mayor Denis Coderre announced that the city has made the decision to ban single-use plastic shopping bags. But the city does not expect the industry to accommodate this new mandate overnight—the plastic bag ban will officially take effect on January 1, 2018.

The ban applies to standard lightweight single-use shopping bags, including those that are biodegradable and oxo-biodegradable. Small bags, like those used to wrap fresh produce or packages of meat for hygienic purposes, will be exempt from the new law.

According to Coderre, the decision was carefully considered and should ultimately be beneficial for both the city and the planet:

"You will understand that our plan is the result of extensive analysis and thoughtful reflection," Coderre said. "Lightweight bags, which are used by the billions, are volatile and represent a clear environmental concern."

Montreal is far from the first city in North America to enact a ban on plastic bags—as the CBC reports, already six municipalities throughout Canada (including three in Quebec) have adopted similar measures. Montreal is also encouraging a reduction in usage of plastic water bottles and single-use plastic or paper plates and utensils, and hopes that its actions will serves as a blueprint for other cities to follow.