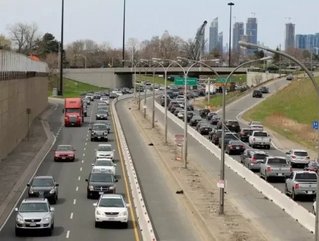 Do you often find yourself stuck in tedious traffic jams? If so, then you’ve come to the right place—this article can (hopefully) help you improve your daily commute with the easy-to-follow tips that are detailed below. Not only can you learn how to avoid congestion on the road, but you can also become familiar with the cities that are known for having the most traffic and perhaps reroute your course of travel.

Just last month, the fifth annual TomTom Traffic Index was released. The data collected shows which cities in Canada are known for having the most traffic.

How to Avoid Traffic

Now for the most important part, right? You want to learn how to avoid traffic jams and ultimately improve your daily commute. If you constantly find yourself stuck in traffic, attempt using the following tips:

This tip may seem easier said than done, but if you take the time and effort to map out a different path, you could find yourself taking the road less traveled (i.e. avoiding congested traffic).

It’s All about Timing

Perhaps your travel stress can be reduced if you change up your schedule a little bit—play around with it. You may find that leaving home ten minutes earlier or ten minutes later can really reduce the amount of time you have to sit in traffic.