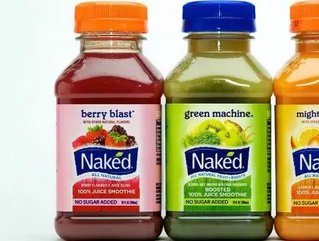 It’s been a food-centric week at The Business Review USA. We have reported on such important news stories like Taco Bell’s blasphemous decision to remove the kids menu from its lineup and Starbucks forward thinking foray into yogurt. Riveting.

Today, PepsiCo Inc. says it will no longer be able to label its Naked juice as “all natural.”

The Purchase, N.Y. based company is paying $9 million to settle a lawsuit regarding the “added boost of vitamins” in some of its drinks. The lawsuit notes that the “vitamins” are actually synthetic ingredients, including a fiber made by Archer Daniels Midland.

The case highlights the uncertainty around the use of the word "natural" in the food industry. The Food and Drug Administration doesn't currently have a definition in place for what constitutes a natural product.  Basically anything that has, "added color, artificial flavors or synthetic substances" cannot be considered natural. The FDA says it is difficult to define a food product that is natural, since it is likely processed and is no longer considered a “product of the earth.”

A public health lawyer and critic of food industry marketing practices, Michele Simon says there are several cases currently in the works because of food companies’ use of the word natural. She claims that PepsiCo was a notable case because the company was addressing the cloudiness of the word with the settlement.

"This company is basically surrendering the use of the offensive, deceptive marketing term," Simon said.

USA Today says, “The lawsuit also claimed that PepsiCo used genetically modified organisms in its Naked juices. In its statement, the company denied that claim and said its drinks will continue to be labeled "non-GMO." It said it plans to enlist a third-party to confirm the non-GMO status of the juices.”