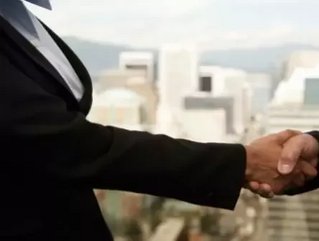 Whether in your business or personal life, making deals—from the biggest ones that take months to finalize and involve teams of lawyers to the nominal ones that are sealed with a handshake after a 10-minute chat—is an art. Deal making is a craft that, when done well, requires a skillful, visionary and inspired application of key principles and methods to create a desirable end result. When you’ve mastered this art, you will successfully negotiate deals in which all parties involved walk away with a win.

And, don’t underestimate the small deals, which can help you gain confidence with the process and also nurture other people’s confidence in you—and reverence for you.  Indeed, it’s often the culmination of small deals that lead to the big one. Steve Jobs, Warren Buffett, Mark Zuckerberg and Sam Walton didn’t start out making headlines. They crawled before they could walk and ultimately made sure they were prepared to win the proverbial race when they approached the starting line of a mammoth business deal.

What are the secrets to masterful deal making? Below are some basic steps to becoming an ace deal maker—skills that will help bolster your position whether you’re negotiating for a railroad or a rental car, and whether you’re acting on behalf of a worldwide organization, a sole proprietorship or just your own personal finances:

• Key #1: Know your value. While you can’t know every possible result that the other party would want, be sure to understand what your offer or position can do for them. This means researching all the potential benefits and ways that your idea, product and/or service could help the other party, whether it is solve a problem, increase earning potential or simply make their life or business more convenient and enjoyable. If your argument is lacking some key benefit, then it is up to you to figure out how to adapt it so that it can serve the needs of your target audience while also achieving your own objectives. This takes time, effort, forethought and sometimes research, but it is well worth it when it’s clear to the other party that you not only understand their needs, but you also seek to structure an agreement that’s in their direct best interest as well.

• Key #2: Personal relations. Relationship management is the key to showing the other party who you are as an individual, what you can do, where your values lie and how the deal at hand will benefit everyone involved. You learn about them; they learn about you – it’s a two way street. Both parties must feel that there’s synergy – a chemistry of sorts; only then can a mutually beneficial relationship be forged. From there, you present your win-win case, handshakes are offered and agreements are signed. Frequently, deals can close quickly and easily because people have come to know and trust you, either directly or by referral, making them comfortable to do business with you. If you create a strong enough brand and a stellar enough reputation, others will want to be part of the success you’ve amassed.   Your opposition will clamor to close the deal with you.

• Key #3: Get buy-in on your vision. Getting others on board with your plan can be challenging, especially when there are many people involved and/or there is much at stake relative to risk and potential upside. A critical step in artful deal making is to convey and articulate your vision of the outcome in such a way that the opposing party will desire that very same outcome.   The “WIIFM’ – “what’s in it for me” – factor must be made crystal clear to the other party as you present your position. Of course, to do this effectively, you must first understand, or predict based on sound preparation, what the vision of the other party is likely to be at the onset of negotiations. This way, you can appropriately integrate synergistic ideas so that the visions ultimately meld.  In addition, vision buy-in will be facilitated if you underscore to the other person that they will still be involved at a conceptual level as the project ensues.

• Key #4: Be humble. You have to be humble, but firm, to effectively broker a deal. There’s a fine line between the two, particularly when you’re dealing with people who have already attained a measure of success.  Always respect the positions of the other people involved in your negotiations, no matter how badly, or not, you want the deal. It’s important to be fair and honest about the negotiation and to keep your intentions pure. You need to let people know you have the ability and desire to perform the task you’re charged with. You also need to showcase with quantifiable examples that you put 100 percent effort behind everything you do. At the same time, you must express genuine respect and appreciation for what the other parties, what they have done and who they are—even if they’re, well, jerks. Even a jerk can grow to appreciate, respect and ultimately benefit you, and once that two-way street is established negotiations can ensure and deals can be made. Humility with backbone. It’s a tricky combination to maintain, but one that’s absolutely mission critical.

• Key #5: Finesse. No matter how large or small, almost every deal takes finesse, which is where skill and natural ability meet. This is where you get to have fun and allow your personality to shine. It means being able to explore different angles and try the somewhat weird and wacky—maybe even a bit of the fearless and crazy. It’s problem solving with a twist. It’s poise and diplomacy. It’s art. In the end, when finesse comes into play, the parties genuinely like each other and all sides look for ways to make sure the deal becomes a reality. For the best wheeler-dealers, finesse comes naturally; they don’t even know they’re doing it. If you’re lucky, it works that way for you as well. If not, develop it, let it flow and have fun trying it. Before you know it, you’ll be finessing your deals, too.

• Key #6: Swagger. Swagger is an attitude you implement through finesse; it uses finesse as a tool. If finesse is about problem solving and outside-the-box thinking, then swagger is about having commanding and authoritative disposition and demeanor but without being pretentious or arrogant. It’s about knowing how good you are and hinting at what you are capable of but without being braggadocios. Swagger is a spirited characteristic that you possess and radiate without ever compromising your integrity or sacrificing your general likability. In a deal-making situation, your swagger should exude confidence, success and fearlessness. Hit the right notes with your swagger, and you’ll walk away with what you want. Just one more step in perfecting your life-wealth plan.

Master the six steps outlined above and you’ll be ready for some high stakes deal making. Remember, though, that Rome wasn’t built in a day, so conquering negotiating skills isn’t going to happen that quickly either. Start small before attempting to hit the Big Leagues. You may have to stumble a few times, but just get back up and go at it again.  Along the way, keep both your successes and your failures in perspective, remembering that they are just stepping-stones along your lifetime of deal adventures.  Once you’ve mastered the art, aim high—just like those seemingly crazy and fearless billionaires.

Internationally-regarded investing and entertainment mogul Arthur Wylie is the author of “Only the Crazy and Fearless Win BIG!: The Surprising Secrets to Success in Business and in Life” (www.CrazyandFearless.com) and serves as CEO of Arthur Wylie Enterprises – a brand with diverse practice areas, including include business consulting, real estate, investing, speaking, entertainment/film production, book publishing and philanthropy. 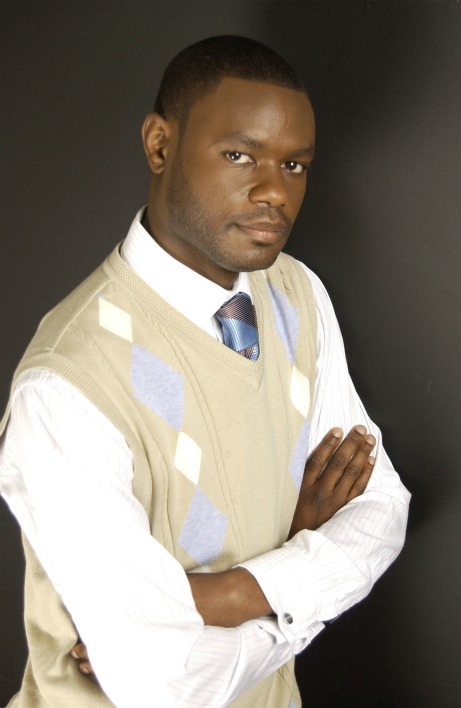 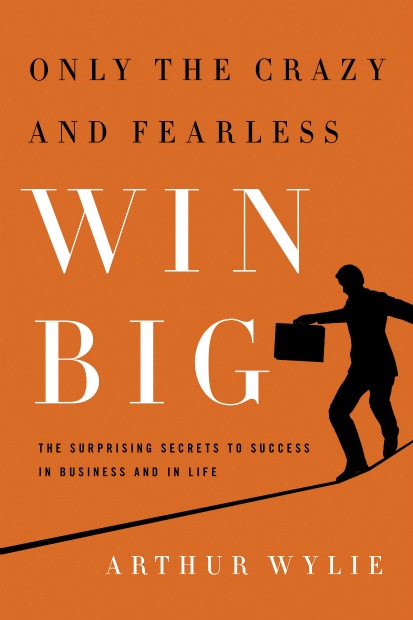