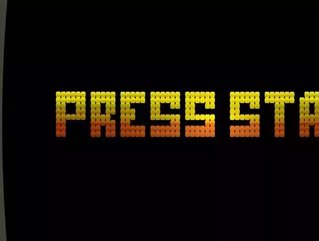 NetEase Inc, a mobile video-game developer based in China, responsible for Minecraft, has opened its first Montreal studio

NetEase held a ceremony on Thursday 14 November to celebrate the official opening of its downtown Montreal studio. The announcement to establish a studio came back in July and the developer is now looking to hire local developers to contribute to its 1,000 strong, global development network.

“We are thinking about having dozens of employees here in the next two years,” Sun Yu, Regional Manager for NetEase said in an interview with the Montreal Gazette. “Each member of the core team will lead their department and help us to ramp up faster.”

This is the first time the company has looked to establish a development and research studio outside of China. The company holds offices in Japan, South Korea and San Francisco dealing with the adminsterial and financial requirements of the organisation.

NetEase has said it wishes to take advantage of the opportunities provided by “industry veterans with a lot of experience and a strong skill set in arts, design and technology,” with games being developed by the new studio intended for sale around the globe. No plans have been announced for future titles in development within the Montreal studio.

Montreal “is well known as a hub for western, mainstream PC games, and we want to have people here collaborate with our people in China to create games that can be published globally and have a very broad audience,” Sun Yu said.

Quebec has given tax credits to gaming companies since reinstating the initiative in 2015. The credits are designed to defray the cost of development by alleviating strain on developers. Labour costs are reduced by 30% with a further 7.5% bonus if the games developed are in French.

The saturation of talent in the region combined with the credits given to developers has seen Montreal flourish into the fifth-largest region within the video-games industry. The region boasts more than 140 development studios, employing over 15,000 people according to data from Montreal International. The industry has generated CA$1.14bn in annual revenue during 2018 with this number expected to climb as increasing numbers of international developers choose to establish studios in Montreal.