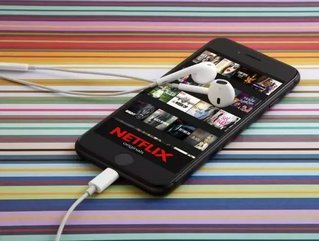 Netflix announced on 22 October that it intends to raise US$2bn through the issuance of senior unsecured notes
The ubiquitous streaming giant said in its statement that the proceeds of this debt offering will be used for “general corporate purposes, which may include content acquisitions, production and development, capital expenditures, investments, working capital and potential acquisitions and strategic transactions.”
Producing audience-drawing original content is presumably Netflix’s primary intention, particularly as competition in the space intensifies.
This month, AT&T announced that it will be partnering with Time Warner and HBO to launch a new streaming service in 2019, with both Warner Bros and HBO’s extensive libraries of high-quality content at its disposal.
See more:
Walmart also announced earlier this month that it has partnered with Metro Goldwyn Mayer to reinvigorate its Vudu streaming service with original content.
Variety noted that this is Netflix’s sixth proposed debt offering over the past four years that has aimed to raise $1bn or more, and that the firm reported $8.34bn in long-term debt on 30 September.
Netflix’s high spending is achieving the desired results in terms of growth. In a 16 October letter to shareholders following publication of its Q3 financial report, Netflix said:
“Our broad slate of original programming helped drive a solid quarter of growth with streaming revenue increasing 36% year over year and global membership surpassing 130 million paid and 137 million total.”
WalmartnetflixTime Warnerstreaming
Share
Share