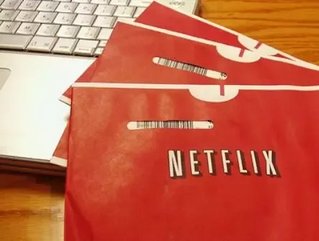 Netflix announced on Monday that it is straying away from its plan to split off its DVD rental services into a separate business mostly due to the widespread consumer detest of the idea. Reed Hastings Netflix Chief Exec took to the company’s blog to admit the company made a mistake in trying to spin off rentals into a new website dubbed Qwikster, which would have been separate from its streaming video service. Hastings wrote that the two websites would become too difficult for members to navigate through.

This isn’t the first time Netflix offered shady business moves that upset its users. Back in July, Netflix raised the prices of its subscription plans 60 percent; packages went from $9.99 a month to $15.98. In September, the company made the announcement that it would turn its DVD-by-mail service into the Qwikster subsidiary and Netflix would remain the home base for streaming video.

Netflix spokesman Steve Swasey says the company “underestimated the importance of the integration of the two services.” He also said that the DVD spin off would have no interaction with the streaming video services and that customers wouldn’t even notice a difference.

And what do you know, Monday afternoon trading showed that Netflix stock shot up 3.5 percent to $121.27. The company’s shares fell almost 40 percent last month since the announcement of Qwikster. This is also bad news as the company was working heavily to negotiate streaming contracts with content providers.

“There is a difference between moving quickly, which Netflix has done very well for years, and moving too fast, which is what we did in this case,” Hastings said on Monday. It’s a good thing the company is seeing its mistakes and how its customers were unhappy with its moves. Netflix has a lot of making up to do and will hopefully bring back its customers that it lost in the last month.