New Gold to sell Mesquite mine to Equinox Gold 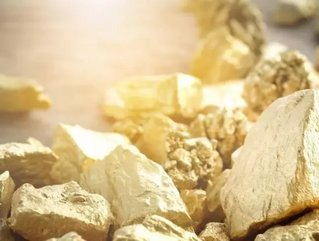 Vancouver-based mining company New Gold Inc has announced that it has entered a definitive share purchase agreement with Equinox Gold Corp to sell the Mesquite mine in California
New Gold will receive US$158mn cash from the deal, which is expected to close during Q4 2018.
Making up the company’s production base, New Gold currently has two mines in Canada and one in Mexico in addition to the Mesquite mine.
Purchaser Equinox’s website states that the firm “has the potential to produce more than 400,000 ounces of gold per year from its current asset base”, with Mesquite’s output set to bolster this figure.
The Mesquite mine, according to New Gold, has produced an average of 135,000 ounces per year over the past decade, following its reopening by Western Goldfields.
See more:
In a statement released by the firm, New Gold’s president and CEO Renaud Adams said:
“Today’s announcement allows New Gold to immediately crystallize several years’ worth of future free cash flow as part of our strategy to prudently manage our balance sheet, providing the company with the financial flexibility to focus on our core assets”.
Equinox, also based in Vancouver, will fund the acquisition via a combination of committed debt and equity, and will be able to complete the transaction without taking a shareholder vote.
New GoldminingGoldEquinox Gold
Share
Share