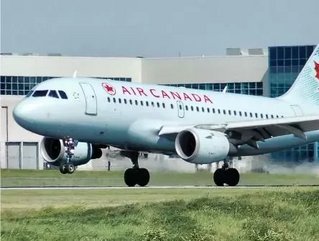 Federal Labour Minister Lisa Raitt intervened in the contract dispute between Air Canada and its pilots by offering a new mediator for six more months of negotiating.

Raitt met with representatives of the airline and the Air Canada Pilots Association (ACPA) on Monday and encouraged the two sides to continue to work to reach a compromise.

"We believe that a work stoppage at Air Canada is contrary to the best interest of hard-working Canadians, Canadian businesses and the already fragile economy," said Raitt.

The two sides, who have been disputing for a year, are in disagreement over Air Canada’s potential outsourcing of jobs, according to Reuters. A major concern for the ACPA is the addition of an offshore low-cost carrier that would potentially employ cheaper offshore labor and cut Canadian jobs and wages.

Vancouver Flight Passengers to See Rate Hike in May

The ACPA cautiously accepted the minister's offer, although ministerial spokeswoman Ashley Kelahear told Reuters that the offer would not prevent or preclude a strike or lockout by either side.

The union is awaiting the results of a strike vote, which would give 72-hours notice of a pilot strike. The results will be in at 5 p.m. EST tonight and could impose a strike on Friday.

This means that Air Canada could impose a lockout after giving 72 hour notice of its intention but the airline has indicated that it doesn’t plan on that.

"It is business as usual, and customers can continue to make their travel plans and book with confidence." said Air Canada spokesman Peter Fitzpatrick.

"I will continue to do everything within my power to encourage an agreement between the parties, one that protects the interests of the pilots, Air Canada and the travelling public," Raitt said in a release issued Tuesday.