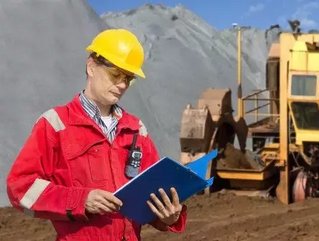 New regulations under Ontario’s century-old Mining Act have just come into effect, causing many of Ontario’s junior mining companies to struggle to catch up.

Many companies did not understand the requirements of the new rules according to Gary Clark, the Executive Director of Ontario Prospectors Association. This misunderstanding resulted in some getting caught disobeying the law and unexpectedly having to halt exploration work.

Mining companies that failed to acquire the required plan and permits that are now required by the Ministry of Northern Development and Mines, “They have effectively had their exploration works shut down while they wait for these to go through…there are quite a few tied up in the process right now, and most of them are taking longer than 30 days,” explains Clark. This cost companies a significant amount of money and upset their schedules.

The amendments were put in place on April 1 and were the latest in a group of changes introduced in 2009 to update Ontario’s Mining Act. The Act has been attributed with providing regulation that underpinned a flourishing mining industry in the Province.

The updates were introduced to ease tension between mining companies, Aboriginal communities and landowners. Prospectors are now required to prepare and file exploration plans with the province for exploration work and wait for a 30-day public notice and comment period. Additionally, prospectors must contact landowners prior to any exploration, consult with affected Aboriginal communities, and apply for a new provincial exploration permit when test drilling and line cutting progress further than originally stated. Permits are generally issued within 50 days.

This is a huge difference to the current “free entry” system was put in place in 1996. Prospectors were able to do any exploration work without provincial permits, landowner, or community approval.

According to Shawn Batise the Executive Director of the Wabun Tribal Council in Timmins, “The old Mining Act was outdated in many ways.”  The outdated Act led to several high profile disputes between First Nations and resource firms. Kristen E. Courtney an Environmental Lawyer writes,

“While First Nations, environmental groups, private land owners and industry all recognized a need for change, according to Batise, the new Act that has emerged represents a compromise on all sides.”

Companies that fail to comply with the new rules could face orders to stop-work and fines of up to $2,500 per day. According to a spokesperson for the Ministry, the province has not taken any enforcement action yet.