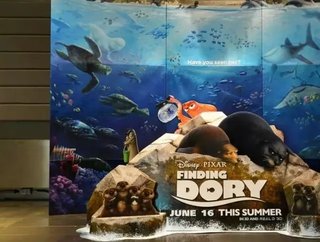 While many are sceptical about movie reboots and sequels, it is precisely this kind of film that has recently boosted the animation giant's revenue.

Films such as Finding Dory, Captain America: Civil War, and the live-action Jungle Book have helped Disney rake in quarterly earnings of a much higher rate than expected.

Disney released details of its earnings earlier this week, reporting a huge nine percent rise in revenue - up to $14.2 billion - which was higher than Wall Street predictions.

This was aided by the success of Finding Dory in particular, which enjoyed the most successful animated film launch in US box office history, earning $136.2 million in its opening weekend.

All avenues of Disney's business appear to be on the up, including the parks and resorts sector, which reports a six percent rise in revenue in spite of the cost of its new Chinese park, and diminishing visitor numbers at Disneyland Paris.

Disney's various cable television networks rose 1.4 percent, which includes a small rise for ESPN - recently known to be a weaker element of Disney's. The company is now planning to create a multi-sport subscription stream service with BAMTech, in which it has bought a 33 percent share.