The new way to pay a pal 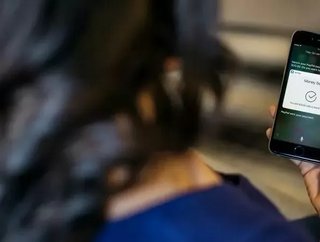 Peer-to-peer payment is an ever-growing and developing industry, and one of the most popular companies enabling this is PayPal.

PayPal was formed in 1998 (named Confinity at the time), and has become the go-to for businesses and individuals alike as a simpler way to pay and be paid. Just four years after its inception, PayPal became a wholly-owned subsidiary of eBay, and in 2014 – a landmark year for the company – it generated 44 percent of eBay’s total profits. In 2015, eBay made PayPal an independent company again, and it was valued that year at $46.6 billion.

Also in 2015, PayPal saw a 42 percent increase in P2P volume on the previous year worldwide; with the service being used increasingly on mobile devices, it was only natural for the next step to integrate PayPal even further and allow an extra shortcut towards making payments.

According to the company’s research, Canadians alone average $462 in unpaid IOUs from friends and family, but PayPal’s integration with Apple’s intelligent personal assistant, Siri, could end the discomfort of owing and being owed cash.

All users require is the PayPal app and iOS 10 or above. It’s as simple as saying “Siri, pay Nell $15 for breakfast,” Siri communicates with PayPal, and PayPal does the rest. If for whatever bizarre reason you have more than one contact named Nell, Siri will clarify which one you mean first.

The Siri integration has now worked its way to 30 countries and even more languages, and according to Meron Colbeci, Senior Director of Core Consumer Products at PayPal, it was the result of a long and fruitful relationship between PayPal and Apple.

“We’ve enjoyed a long partnership,” he explains. “We currently work with Apple to help people make purchases on Apple.com and iTunes, provide innovative financing options in the UK, allow people to send and request money on Venmo with Siri and iMessage on iOS 10, and allow merchants to accept Apple Pay transactions, both in-app and on the web, via Braintree. Last June, Apple opened up the ability for developers to integrate Siri into select types of applications. We were certainly intrigued by this and began testing a payment integration with Siri in the following months.”

Money can be a difficult topic even between the closest of friends and family. In 2015, PayPal commissioned a survey which found that more than half the people asked across Australia, Canada, Germany and America found it awkward to ask family or friends to pay them back, and around 55 percent felt embarrassed asking for a loan, no matter how small. The inflammatory subject provokes a feeling of anxiety in many people, meaning that they potentially never receive their money back, potentially leading to resentment and the breakdown of relationships.

“Letting these debts go can have real fiscal and social consequences,” Colbeci says. “Small, unpaid debts between friends may seem easy to forgive when hoping to avoid awkward conversations, but they can leave a sizeable hole in consumers’ wallets. According to our study, adults on average are owed nearly $450, creating a global total of $51 billion. That’s a pretty significant sum. The study also found that nearly 75 percent of people of all ages feel relief at the thought of using P2P payments to settle debts.”

Colbeci’s team at PayPal is focused on making the entire P2P process easier, having created PayPal.Me – a free and easy way to request money from whomever you require which works on all devices – as well as the Siri integration. In 2015, PayPal processed $41 billion in P2P payments across PayPal, Venmo, and Xoom, and P2P itself increases customer engagement on PayPal by 67 percent. PayPal has contributed enormously to the rise of P2P payment, and the innovation thereof.

“The bigger picture for P2P payments is how we’re making it more personal and contextual,” says Colbeci. “You can see this in recent announcements over the last two years from the ability to send and request money through a personalized link with PayPal.Me, in e-mail via Microsoft Outlook, and most recently through voice-activated payments through Siri.

“The P2P industry is at an exciting juncture. A lot of people, especially millennials, don’t like carrying cash so the industry will continue to see exponential growth of P2P payments. Today, a third of US millennials are embracing P2P payments and 42 percent of millennials would prefer to send or request money through a mobile device. For financial institutions to stay relevant to younger consumers, they need to embrace mobile-friendly and cost-effective P2P solutions. With Venmo, we’ve seen that millennials appreciate a social component where people can add comments on what the payment is for.”

While the Siri integration is currently only available with Apple devices, PayPal is always looking for new avenues in which to become involved, and will likely expand to more voice-activated platforms in the future. Colbeci and his team now know the recipe for developing successful P2P services; in his words: “To stay ahead of the competition, a strategy that combines mobile, personal, and contextual would most likely be the winning formula. You’ll continue to see more on this from us.”