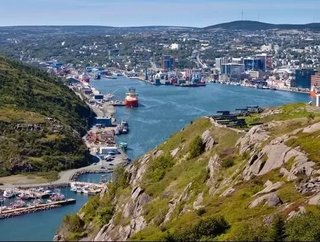 St. John’s International Airport had the busiest summer in its history this year that saw a total of 836,000 passengers travel through its gates between May and September.

Each summer month set a new record high for passenger volumes, peaking in its busiest month in August at nearly 200,000 passengers. The record numbers of passengers represented a 9.4 percent growth over the same period in 2015.

These record passenger volumes were enabled by the increased availability of airline seats for purchase to and from St. John’s International Airport. Since 2008, airline seat capacity has grown by 43 percent. In 2016 alone there has been an eight percent growth in this area that can largely be attributable to the addition of new, international services.

This has placed St. John’s International Airport among the top three medium to large-sized airports in Canada for growth in this area.

“The record numbers of passengers we saw travel through our Airport this summer can be contributed to the strong tourism product that our Province offers, as well as the attractiveness of our City for meetings and conventions. The addition of new, direct flights to new destinations, in particular our new European services, also encouraged travel by locals,” said Marie Manning, Director of Marketing and Business Development with the St. John’s International Airport Authority.

“While we have made significant progress in increasing airline seat capacity at our Airport, we continue to work with our airline partners to enhance the level of service at our Airport for our stakeholders and our community.”