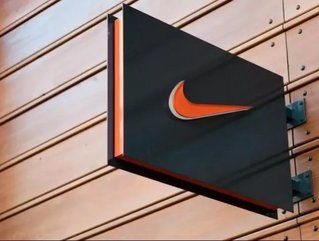 The US-based sportswear manufacturer, Nike, has seen its online sales increase by 31% during the weekend following the company’s latest campaign, according to Edison Trends.

The campaign features Colin Kaepernick, who refused to stand during the US national anthem at a game of American football in protest to racism in 2016.

The protest by the San Francisco 49ers player was seen by some, including the President of the United States, as disrespectful.

Nike’s sales grew by almost double its annual increase of 17% last year in the space of a few days.

“Nike’s choice to use Colin Kaepernick as part of its latest campaign was of course a calculated risk; short-term press spike balanced against (hopefully) short-term criticism from some quarters and the hope that the longer-term commercial effect would be net positive. If POTUS is tweeting about your brand (albeit negatively) the news of this campaign is bound to go global and get people talking. After some initial fall out, Nike’s stock has rebounded. There may be further ramifications but at least in the short-term, Robinhood (a no-fee brokerage) reported 15,191 investors have added Nike to their portfolios,” commented Thom Newton, CEO & Managing Partner at Conran Design Group.

“Nike knows its customers and will be confident of a positive response to the campaign, at the very least in terms of its attitude toward freedom of expression. And they probably tested it in any case. Brands know that they need to express a personality to be meaningful to their audiences and differentiate themselves, and indirectly by asking us to ‘believe in something’ Nike is really asking us to believe in them. In most categories consumers prefer brands that take a position because it helps us understand what they're about.”

“According to Edison Trends the Just Do It campaign has driven a 31% increase in sales which suggests there are a lot of people who like what they see. But however calculated a move and however divisive, this is after all just a campaign. It isn't reflective of Nike's more inclusive, long-term mission to bring inspiration and innovation to every athlete [and - they say - if you have a body you are an athlete] which is perhaps a little corporate, but certainly apolitical in contrast to the campaign. Colin Kaepernick may be helping Nike drive brand awareness and sales, but the campaign's impact on its overall brand image and favourability remains to be seen.”