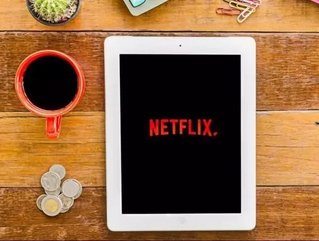 Netflix boasts some of the finest television shows in the world, thanks to its creation of high-quality original shows since 2012. Here are some of the most popular programmes to date.

The only animated series on our list, BoJack Horseman is the story of a washed-up former TV star with manic depression exacerbated by an alcohol problem. The charm of the show is drawn from the surrounding characters, which make up an inexplicable mix of human and anthropomorphic. Each person in BoJack’s life adds something invaluable to the programme, making for compelling viewing.

Daredevil was the first of the Marvel Cinematic Universe series to hit Netflix, and it landed with a bang. Packed with both high-intensity violence and genuinely heart-warming relationships, the show has all of the grittiness that MCU movies lack (particularly the widely-panned Daredevil film) and spawned the equally-compelling and popular Jessica Jones and Luke Cage.

Unbreakable Kimmy Schmidt strikes the balance between brightly-coloured whimsy and troublingly dark emotion. Kimmy is the victim of an abusive hyper-religious cult leader who kept her underground with three other women for 15 years; the show explores her adjustment to life in the real world, her emotional struggles, and the extraordinary people she meets.

One of the first Netflix original series to be streamed on the site, House of Cards is a political drama based on a 1990 BBC series of the same name. It has proved wildly popular, refreshing Kevin Spacey’s screen career and earning many awards. Its fifth series will be available in 2017.

This series showcases Aziz Ansari’s casual, easy humour in a relatable way. It follows his character’s life and the everyday – but serious and important – topics and situations which crop up along the way. The characters traverse their issues in the most mature way they are able to, and complex social subjects are beautifully simplified via good communication.

Based on the story of notorious drug lord Pablo Escobar, Narcos focusses on the lead character’s interactions with everybody around him. He became a billionaire by dealing cocaine in Columbia, becoming wildly successful at it, and while the characters in the show cannot be called sympathetic, they are hugely compelling. Two series in, the show has been renewed for a third and fourth.

Sci-fi horror Stranger Things was an overnight success story, based the disappearance of a young boy and how his mother, friends, and other more mysterious characters deal with it. Audiences were wooed by the highly talented children the show revolves around, and season two was swiftly confirmed.

Orange is The New Black

Who would have thought that a drama about a women’s prison would prove so universally appealing? The show follows countless storylines but does so thoroughly, delving into the backgrounds of characters and painting the everyday life of prisoners in a realistic, gritty manner. Every character is beautifully fleshed out, and the show generated more viewers and hours viewed in its first week than both House of Cards and Arrested Development.

This series, filmed over the course of a decade, is a documentary exploring the case of Steven Avery who was wrongfully convicted of sexual assault and attempted murder, serving 18 years in prison. He was later charged with a murder, and the series also follows the case of Brendan Dassey (Avery’s nephew) who was arrested for the same murder. A second series will explore his story further, and will undoubtedly be as wildly popular as the first.