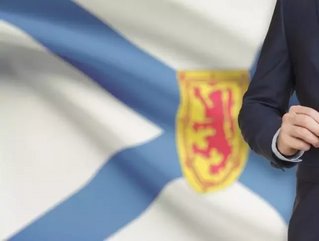 Invest Nova Scotia, the branch that oversees the government’s economic incentives, has appointed well renowned Syrian refugee Tareq Hadhad, to its board of directors.

Founder of the ‘peace by chocolate’ initiative, Hadhad comes from an intelligent background, having studied as an aspiring physicist. However, he was forced to abandon his studies and flee Syria after bombing destroyed his family business, leading him and his family to Nova Scotia, where his entrepreneurial background has landed him the role.

“Tareq will make an excellent addition to the Invest Nova Scotia Board,” said Geoff MacLellan, Minister of Business.

“Tareq’s enterpreneurial journey and experience building the Peace by Chocolate brand will be invaluable as Invest Nova Scotia continues to fund projects that build a stronger economy and create more jobs for young Nova Scotians.”

Hadhad has been recruited with the idea that he can bring a fresh perspective to Invest Nova Scotia, providing a unique insight into immigration, business and healthcare from his own first hand experiences.

The provisional government announced that Hadhad will serve a four year term on the board, in the hope that his expertise will enhance the regions competitiveness in the global economy.