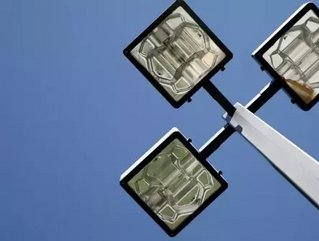 Improving not only visibility but also energy efficiency, the government of Nova Scotia will convert all roadway lighting in the province to LED over the next five years. Becoming the first in all of North America to embark on this initiative, the LED lighting will reduce energy costs and lower greenhouse gas and mercury emissions.

Announced today, Premier Darrel Dexter stated that the province will mandate the use of energy efficient lighting across the province through introductory legislation.

"Nova Scotia will become the only province or state in North America to ensure only LED streetlights are used on its roadways," said Premier Dexter. "Nova Scotia is already recognized for our efforts to reduce greenhouse-gas emissions. The switch to LED streetlights is just another example of what the province is doing to help the country meet its greenhouse-gas emission reduction targets."

Research conducted by the province alongside Nova Scotia Power concludes that switching to LED lighting will save more than 50 per cent on energy costs. The estimated annual savings for Nova Scotia is about $18 million. Greenhouse gas emission reduction will total more than 30,000 tons while also saving a half kilogram of mercury annually.

This lighting change will be a big one. Nova Scotia has approximately 120,000 roadway lights around the province and the project has an estimated cost of $100 million. Most lights are owned by Nova Scotia Power, but around 10 per cent belong to respective municipalities. Nova Scotia Power is applying to the Utility Review Board to cover the funding for the project.

"Converting to LED lighting was a great decision for the Town of Amherst," said Amherst Mayor Robert Small. "We expect to save approximately $85,000 this year alone in energy and maintenance costs. And over the 20 year life span of the LED lights, we expect savings to be in excess of $2.3 million. This is great news for the taxpayers in our municipality. Plus, we can feel good knowing that we are doing our bit to make the air we breathe cleaner."
TELUS DigitalSteve ChoiRyan Kardish
Share
Share