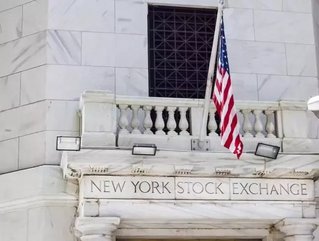 The New York Stock Exchange (NYSE) has announced that it has appointed Stacey Cunningham as its first female President during its 226 years in existence.

The appointment is a promotion, with Cunningham currently working as the Chief Operating Officer of the NYSE since 2015, having been with the Group since 1996 where she began as a floor clerk.

“As our COO, Stacey Cunningham successfully managed our equities, equities derivatives and ETF businesses, distinguishing herself as a customer-focused leader who is respected across our industry,” said Jeff Sprecher, Chairman and CEO of Intercontinental Exchange and Chairman of NYSE Group and the New York Stock Exchange.

“I’m confident that Stacey, who started as a summer intern on the NYSE floor in 1994, will continue to propel this vital institution forward. Stacey and our team are steadfastly committed to ensuring that the U.S. remains the center of world’s capital markets.”

Cunningham will become another key figure in the fight for workplace equality, with just 4.6% of Fortune 500 companies having a female CEO, whilst 12% still do not have a single female board member.

“More than a half century after Muriel Siebert became the first woman to own a seat on the NYSE, Stacey represents a new generation of leadership for the NYSE Group,” Sprecher continued.

She succeeds Thomas Farley who held the role since 2014.