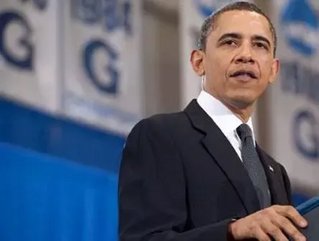 President Obama announced plans to cut U.S. oil imports by 30 per cent over the next decade. At a speech to an audience at Georgetown University Wednesday, President Obama mentioned Canada amongst the remaining nations that America will continue to rely on for foreign oil.

These plans to cut back on oil imports include boosting domestic oil production, increasing the use of natural gas, and investing in biofuels to make vehicles more energy efficient. This move from the U.S. government is in direct response to the recent increase in gasoline prices. Jumping up seven per cent in March, recent Libyan and Middle Eastern unrest is currently causing the price fluctuation.

“I set this goal knowing that imported oil will remain an important part of our energy portfolio for quite some time. And when it comes to the oil we import from other nations, we can partner with neighbours like Canada, Mexico, and Brazil, which recently discovered significant new oil reserves, and with whom we can share American technology and know-how,” stated President Obama’s prepared remarks.

President Obama also highlighted that Canada, as well as Mexico and Brazil, provided “stable and reliable” resources of oil for the American market.

According to the Calgary Herald, Canada is currently the biggest single source of U.S. oil imports and provides 20 per cent of the nation’s foreign supply.