An Obama Failure? 2 Reasons Why the Affordable Care Act May Not Fully Deliver 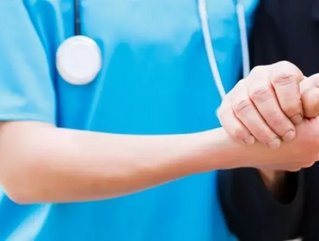 The Affordable Care Act (ACA,) better known as Obamacare, may not succeed in slaying both dragons it promised to: the rising cost of healthcare and lack of access to insurance. In a report discussing the ACA’s performance in controlling healthcare costs, Bloomberg News is sunnier about the policy’s success with providing insurance to people than it does about creating lower prices. For example, since the advent of the ACA, 16.4 million people have gained healthcare insurance coverage. Unfortunately, early studies of how well the ACA is doing in reducing medical costs aren’t as eye-catching.

We all know how the ACA tackles the problem of providing health insurance access to the masses. It did not create a single-payer system, a la European Union or Canada, where the government is the sole provider and all anyone needs to do is sign up. The ACA kept the private, for-profit, insurance system in place and instead made it affordable for the layperson by promising to pay for part, or all, of the insurance costs. In other words, it created an insurance subsidy. The policy’s second tool it is the public mandate, the part of the law that forces everyone to sign up for health insurance or pay a fine.

Related Story: Is Obamacare a ticking time bomb for some businesses?

What is not as well-known are the ACA tools to control costs. There are two approaches. The first is accountable care organizations (ACOs), described in Bloomberg as, “arrangements that encourage doctors and hospitals to collaborate to reduce costs while improving the overall health of their patients. Providers can get a share of the money they save.” The second is known as bundled payments. According to Bloomberg, “[they] attempt to limit the total price Medicare will pay for an ‘episode of care’ such as a hip replacement. Bundled payments encourage doctors to avoid complications from surgery that can extend hospital stays, for example, because they won’t get paid more for extra treatment”

Data is still small and preliminary, but the first batches are not promising. Bloomberg reports that, “Since 2012, health-care providers have formed 220 ACOs that attempt to save money for Medicare. Fifty-eight of those have demonstrated savings, according to the latest federal data. The total savings of $695 million works out to less than $200 saved for each person on Medicare covered by an ACO since 2012. Medicare pays, on average, more than $10,000 per patient per year.”

The government began using  bundled-payments at the beginning of 2013. Its limited results are even more uninspiring than those of the ACOs. Bloomberg reports: “The first analysis of Medicare’s bundled payment program, published last month, was based on just 15 providers. The review found that ‘the small sample sizes and early experience preclude drawing conclusions,’ though the preliminary results suggest that the model may affect the way doctors and hospitals deliver care. For example, patients spent less time in nursing homes after a hospital stay and more time with home health aides, a lower-cost way to care for convalescents.”

The jury is still out on the Affordable Care Act. It’s a success in getting people insured. It may need additional tinkering, and time, before it can rein in health care costs.