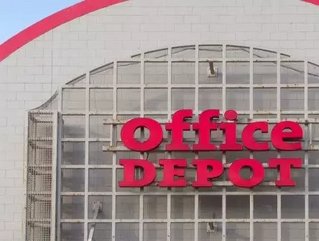 Office Depot has announced it will be closing at least 400 U.S. stores.

On 5th November 2013, Office Depot and OfficeMax merged, the resultant effect being a number of overlapping retail locations, which can be consolidated.

The office supply retailer had 1,900 stores in the U.S. at the end of the first quarter, so the plan will close approximately 21 percent of them.

The company has not yet revealed the number of jobs that will be affected by the closures, however it did reveal that it would look to place its best talent in new roles, wherever possible.

Chairman and CEO Roland Smith said in a statement, “The overlapping retail footprint resulting from the merger provides us with a unique opportunity to consolidate and optimize our store portfolio, while maintaining the retail presence necessary to serve our customer.”

Office Depot said Tuesday that it expects to close 150 U.S. locations in the fourth quarter of 2014. In the first quarter is closed 14 stores. All of the store closures are anticipated to occur by the end of 2016.

The store closings are expected to result in at least $75 million in annual savings by 2016's end and add to earnings starting next year. According to a statement from the company, it is still trying to determine expected working capital savings and cost related to the store closures.