Oscar Munoz to return to CEO role at United Airlines 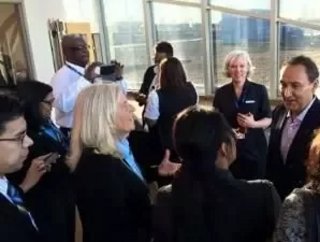 "I am thrilled to return full-time to a job and the employees I love,” said Munoz in an official statement released by United Airlines. “Since September when I became CEO, our team has been focused on our employees, improving the operation and the customer experience, and the results are starting to show. In fact, over the past several months United has emerged as a top performer in on-time arrivals and completion factor among our largest industry peers. I am grateful to our 85,000 aviation professionals around the world at United for running such a great airline and taking care of our customers.”

According to the airline company, Munoz has already been gradually returning to his role by participating in major corporate decisions and meeting with employees and shareholders. But this is an important step in reestablishing the executive’s health and full capabilities, as he once again takes the reins to lead the company into the future.

"The Board is confident in the strength and potential of United's business – and very pleased that Oscar will be returning to the roles of President and Chief Executive Officer on a full-time basis,” Henry L. Meyer III, Non-Executive Chairman of United's Board of Directors, added in the official statement. “We expect him to continue leading the company's improving operational and financial performance, driving increased shareholder value, and innovating and elevating United's customer and employee experience. We would also like to extend our sincere appreciation to Brett Hart for his superb leadership as acting CEO."