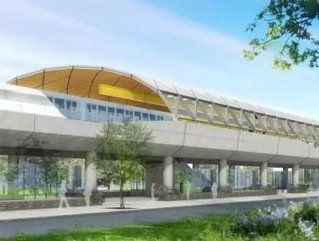 The Ottawa Government announced today its short list of companies that are encouraged to submit proposals to the Ottawa Light Rail Transit project. Comprised of companies from across Canada that participated in a “rigorous, competitive Request for Qualifications process,” the Ottawa government determined its finalists through evaluation of design, construction, maintenance and financing plans.

“This is an important step forward in implementing light rail for Ottawa,” said Mayor Jim Watson. “Collectively, these firms have built over $ 100 Billion dollars in light rail projects and 2000 km of tunnels in cities across the globe. These companies have built successful projects in cities such as Athens, London, Madrid, Reims, Sydney, Calgary and Vancouver. These are some of the biggest, most experienced, and most capable firms in the world.”

“The clear winner in this process will be Ottawa,” said Mayor Watson. “The collective reputations and experience of these firms will make for a fierce competition during the procurement process to move faster, innovate further and bring the best value to the City.”

These three companies are up for some strong competition as they participate in the Request for Proposals process that will start later this month and finish in July 2012. Ottawa expects to select the winning company in late 2012 and construction is estimated to commence in early 2013.

Ottawa’s entering into a LRT project is a good move for the City as the new transit opportunities will clearly benefit residents as well as the environment.  Following in the footsteps of many other Canadian cities, the implementation of LRT across the nation is creating a more energy efficient Canada.