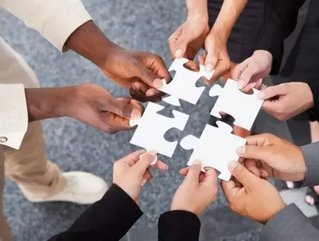 Pandora Media released its diversity report on Thursday following in the footsteps of tech giants such as Apple, Facebook and Google. The report revealed that the company is overall 50.8 percent male and 49.2 percent female, making for pleasant reading. However it did also identified that 70.9 percent of its global workforce is white.

According to statistics from the company, 12.3 percent of Pandora employees are Asian, 7.2 percent are Hispanic / Latino, 3 percent are Black or African-American, 1 percent are Native Hawaiian or Pacific Islander and 1 percent identify as two or more races.

Further, the company revealed that its tech team is also largely male (82.1 percent) which is indicative of a wider concern in the tech industry. The likes of Apple and Google have identified a problem in the U.S. education system, insofar as many young women are shying away from math and science degrees.

“When I think about all the different kinds of people who are listening to Pandora across the globe, our employees should look like them. The diversity of our audience and artists are a great benchmark for us to use as we evaluate our own company. And it’s clear there’s work to be done.

“We’ve set our sights on building a company that will last a hundred years, and we need a plan for developing and supporting a workforce that reflects our audience; one that is as welcoming of all professionals as our service is of all listeners.

“It's interesting that Pandora's staff is so predominantly white. Pandora's offices are located in the racially diverse neighborhood of Oakland, where, according to USA Today, “blacks make up nearly a third of the population, and Hispanics, a quarter.”

“Pandora was founded in Oakland, which is one of the most diverse places in the world. We get to eat Ethiopian and Jamaican food for lunch, we catch Latin music when we take walks around the office, and at the end of this month, our employees will march in Oakland Pride and see Pandora’s company sign right above them on our building.

“We choose to connect to our community; to be of our community. Every Pandora employee receives a week of paid volunteer time off a year. They use this time to work with schools like Futures Elementary, TechBridge, and groups like Girls Inc., and The Boys and Girls Club of West Oakland. And we can do more.