The Parenting of Corporate America 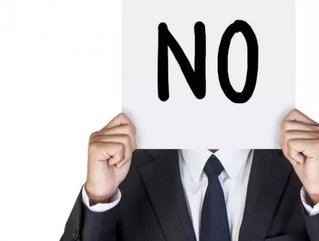 As children, growing up we heard no a lot. No you can’t have ice cream for dinner. No you can't go out and play until your chores are done and so forth. As we grew older, the nos we heard became more important. Like no, you can't use the car, as the roads are too dangerous. Once we became adults our parents could still say no, but we no longer had to listen.

Unfortunately, we ran into an entirely different set of nos in the form of the laws of the universe and our first jobs. No you can't take time off again, is one example of this. As we grow, we learn to deal with these restrictions up to a point.

If we are successful at work, we get promoted and may end up as an executive. At this point a transformation occurs. There are less nos in our lives. With less nos we began to believe that their absence must mean everything is a yes. Right? If everything is a yes, then anything and everything must be possible.

Related Article: [Video] The Game-Changing App for Executives that Could Beat LinkedIn

This leads executives to utter the clichés we have all come to know and love. For example:

The Failure Is Not An Option cliché is a personal favorite. Anyone who doesn't live in the land of the Gods should understand, failure is always an option.

In the Y2K projects—which had to get done by the end of 1999 or bad things would happen—there were executives who wanted different projects to get done first, and so, requested the Y2K projects have their end-date moved. Some actually had trouble understanding why this couldn't happen. After all, up to now, they could move projects around to their liking. So why could these projects not move?

Here is where project managers step in. Since we actually deal with the real world on a regular basis, we, unfortunately, have to be the parents to those executives who no longer understand how reality functions. Sadly, we can't be as direct as our parents since, typically, the executives we deal with have a direct influence on our own personal success or failure. So we try and avoid telling our executive sponsors things like, I’m sorry, but you can’t do that.

Instead, we spend a lot of cycles along with our project teams to develop pro-and-con analysis, along with several options and flavors. Even though there is usually only one "best" way to do something. Of course actually stopping the project—even though that would be the best option—is typically not part of this analysis.

Related Article: Top 10: Gadgets Every Executive Wants (Whether They Know it or Not)

Does this mean that every executive is equivalent to a 4-year-old? The answer is no. The issue is that without hearing nos, people tend to behave like small children. A critical part of a project manager’s job is saying no, in creative ways, just like you would do with small children so they can learn what no means without getting upset.

So do project managers need to take courses in early childhood development in order to enhance their skills? It may not hurt. It's better though if you just accept that, no matter what, executives will have the final say. Regardless of what you or your team recommends they should do. The following example is provided as a case in point.

A small data center was upgrading its servers, which at the time had a 10M backbone. It was recommended by the project team to the CIO that a separate 100M network--10 times faster—be set up to transfer all the data. This was nixed, as the existing network had never had any issues and it would not have any now—according to the CIO anyway. Once again, speaking of bending the laws of space and time, the CIO’s belief that the existing network could handle the load caused massive issues. This is because there is a finite amount of data that can be sent before an Ethernet network completely shuts down. With a 10M network, this can happen pretty quickly, which is why the team recommended a separate network with a much higher capacity.

Parents say no a lot which tends to make children upset. As project managers, we too say no a lot. Plus, we also raise issues and concerns about projects. Needless to say, this causes a lot of dislike toward us and our field at times. After all, we are the ones standing between the executives and their version of utopia.

Fortunately, there are many executives out there who still understand the real world. Executives like these are the ones who can really help projects, project managers and project teams to be successful. You can work with them on an adult level and actually have real world discussions. In other words, they get it. These are the kind of executives we keep searching to work for. Pair a good project manager with an executive like this and maybe, just maybe, failure really is not an option. Otherwise, we need to get very good at finding blue ponies.

Russell Harley is a veteran project manager and PMO director who is passionate about helping organizations embrace world-class project management practices and "climb out of the quicksand," in terms of gaining control over complex, ever-changing project portfolios.