Patrick Pichette: Twitter adds former Google CFO to its board 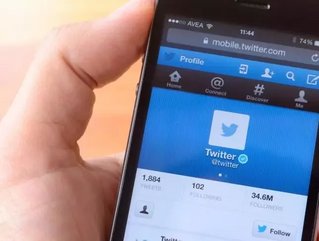 Twitter has appointed former Google executive Patrick Pichett to its Board of Directors, announced in the former Chief Financial Officer’s first tweet.

“Absolutely thrilled to join the Twitter board! A company that has such influence and impact on the world,” Pichette’s tweet read.

Pichette served as CFO of Google between 2008 and 2015, becoming the second former Google executive to join Twitter’s board, with the search giant’s former Chief Business Officer and Senior Vice President, Omid Kordestani, positioned as Chairman of the social media company’s board.

“Patrick is one of the most experienced and successful financial leaders in the technology industry, and we’re excited that he will be joining Twitter’s Board later this year,” said Kordestani.

“Patrick helped guide Google during a period of tremendous growth and innovation, and his industry insight and financial acumen are second to none. Patrick will bring a unique perspective to Twitter, and we’re confident that everyone at the Company will benefit from his involvement on the Board.”

This is not the first board position that Pichette will hold, with the Canadian already standing as a board member for Bombardier and the Trudeau Foundation, amongst other startups.

Pichette will replace Pepsi’s CFO, Hugh Johnston, who has taken a seat on the board of Microsoft.