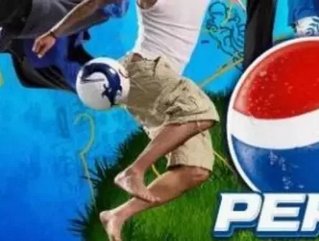 While PepsiCo Inc. may be one of the most recognized brands in the world, it’s paid little attention on the actual Pepsi brand. For the first time three years, the snack food and beverage powerhouse is launching the first new advertising campaign for its flagship brand. The slogan behind the new campaign will be “Summer Time Is Pepsi Time.”

Reports are coming out that there’s been a focus on the Pepsi product because the popular soda is trailing behind its Coca-Cola Co. competitor. Additionally, adding to the commotion at the Pepsi campus was the departure of PepsiCo’s CMO for U.S. beverages who resigned earlier this month, making for more than 15 marketing executives who have left the company in recent years.

According to the Wall Street Journal, when industry market share numbers came out in March, showing Pepsi-Cola slipped to No. 3, analysts quickly accused PepsiCo—and Chairman and Chief Executive Indra Nooyi—of taking their eyes off the company's biggest brand.

"Would I have liked to have it 30 days ago? Yes," said Keith Reimer, chief executive of Pepsi Bottling Ventures LLC, who said he is excited PepsiCo is putting more money again behind cola.

PepsiCo says it plans to spend about 30 percent more this year on TV advertising for its North American beverages, with soda a big focus. In addition to the summer ad campaign, Pepsi will be a present force on Simon Cowell's new show "X Factor'' in a $60 million sponsorship deal starting this fall. The company also recently launched new TV ads for Diet Pepsi and Pepsi Max, the company’s two smaller-selling colas.